🎉🎉🎉 HAPPY PUBLICATION DAY CAROLINE MITCHELL 🎉🎉🎉 yes that’s right!! The latest Amy Winter novel is here!!!! And I’m thrilled to be part of the opening day of the blog tour!!!

Massive thanks to the lovely Sarah Hardy for inviting me on the blog tour and to Thomas & Mercer for my advanced copy of Left For Dead which I received through Netgalley. I also preordered a copy from Amazon which hit my Kindle this morning!

A victim on display. A detective on the rails.

Shopping with her sister, DI Amy Winter is admiring a Valentine’s Day window display of a perfect bride encrusted in diamonds and resplendent in lace—until she notices blood oozing from the mannequin’s mouth.
This is no stunt. A post-mortem reveals the victim was left to die on her macabre throne for all to see. When a second victim is found, it emerges that both women were ‘Sugar Babes’ arranging dates with older men online—and Amy finds herself hunting an accomplished psychopath.

As she tracks down the killer, Amy’s instincts go into overdrive when the charismatic head of the agency behind the display makes no attempt to hide his fascination with her serial-killer parents. What exactly does he want from Amy? With her own world in freefall as her biological mother, Lillian Grimes, appeals her conviction, Amy pushes the boundaries of police procedure when a third ‘Sugar Babe’ disappears…

Is she as much at risk as the killer’s victims?

I adore Amy Winter. She’s the DI you want on your murder case (not that you want to be murdered). She’s a copper who pushes the rules to the limit and has a rep for it…

The spotlight is properly on Amy at the moment; her evil twisty biological mother is appealing her conviction. The press know who she is and now her team has a 24/7 film crew with them… will this stressed but seriously high calibre detective manage to catch this very twisted killer?!?

Now then Samuel Black gave me the proper heebie jeebies. The initial interview he had with Amy was just sinister beyond belief and then his fascination with Amy and her past particularly her parents it’s just twisted. I get the interest in serial killers, I’ve been there but his interest is one of a more unhealthy one….

As with every other crime thriller Mitchell has written, I was hooked. Like I said, I love Amy. She’s that unqualified cop with a foot in both camps, the biological daughter of convicted killers and the adopted daughter of a respected policeman. Mitchell really draws in her experience in the force to give the investigative side of the story a sense of authenticity. The stresses, the strains, the requirement to follow due process but also the drive and tenacity to get the job done, catch the criminals and make the public feel safe once again… I can’t recommend these books enough if you want a dark and twisted thriller!

Who Is Caroline Mitchell? 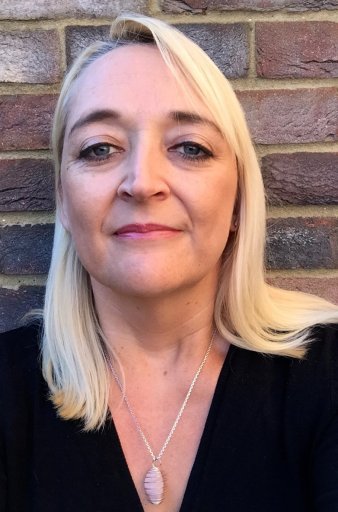 An international #1 and New York Times, USA Today and Washington Post bestselling author, Caroline originates from Ireland and now lives with her family on the coast of Essex. A former police detective, Caroline has worked in CID and specialised in roles dealing with vulnerable victims, high-risk victims of domestic abuse, and serious sexual offences. She now writes full time, with over a million books sold.

As well as her crime series, Caroline also writes stand-alone psychological thrillers. The most recent, Silent Victim reached the Amazon number 1 spot in the UK, US and Australia and won first place as best psychological thriller in the US Reader’s Favourite Awards. Her previous thriller, Witness, was shortlisted for the International Thriller Awards in New York. She has also been shortlisted for ‘Best Procedural’ in the Killer Nashville awards. Her crime thriller, Truth And Lies recently became a No.1 New York Times best seller and has been optioned for TV.

Her works have been translated worldwide and her book, The Silent Twin, has been converted as an interactive app in the Chapters Interactive game.