Welcome to a new week! Yes it’s Monday 😒😒 but I’ve got a wee whipper snapper for you today! We’re all suffering from the lack of concentration so this might be something right up your reading street!

Many thanks to the lovely Emma Welton of damppebbles blog tours for inviting me on the blog tour and for my e-copy of When Love Lies Bleeding.

A killer flu pandemic exacerbated by a shortage of the only effective treatment has the West Coast of America in a panic. Journalist Joe Hames, flying in to save his job and cover the story has an ulterior motive: to make contact with his long-lost former girlfriend and love of his life, Cassie.

Joe tries to find Cassie, whilst also trying to get hold of information on why the death toll is higher in California than anywhere else before any of the other journalists that have descended on the city. At the pharmaceutical company where she worked, Joe finds out that Cassie is dead: she was run down by a cable car two weeks earlier. When he goes to her funeral, he is surprised to find that he has become a person of interest to the police.

Or did she die? Joe begins to suspect that all is not what it seems, and in the fog-drenched streets of San Francisco, Joe unravels the real story resulting in a finale played out at Fisherman’s Wharf. Someone was really going to die this time, and not of the flu.

If you’ve read and of Candy Denman’s Jocaster Hughes books (which I have and thoroughly enjoyed), do not expect a book of the same ilk. Do not get me wrong, this is a intriguing read but it is so so different from Jocaster’s world. Well it is set in San Francisco (can you resist singing the next line in you head?!) and not East Sussex for starters.

Journalist Joe is heading back to Sam Fran on assignment as a pandemic rages through the States (a pandemic I hear you say 😱😱). Yes this book is highly topical at the moment but doesn’t fully focus on the pandemic, it is just the background to this conspiracy-based story.

I liked the way Denman told the story purely from Joe’s point of view. I got his thoughts and his thoughts alone. No jumping between characters or different thought processes. But then again, there was no time for that in this fast paced novella.

This short sharp read grabbed my attention and kept me captive as the story played out. I loved the conspiracy aspect of the tale, reminiscent of the film I watched as a teenager as part of my A-Levels. I love a novella and this one really hit the spot for me. It’s one I might return to to pick up the nuances I missed first time round!

Who Is Candy Denman? 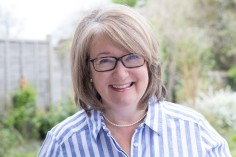 Candy Denman spent most of her life as an NHS nurse but now concentrates on writing full time. She has written extensively for television programmes such as The Bill, Doctors and Heartbeat but now writes novels. She lives in Hertfordshire with her large extended family and a football crazy Cockapoo called Dennis.