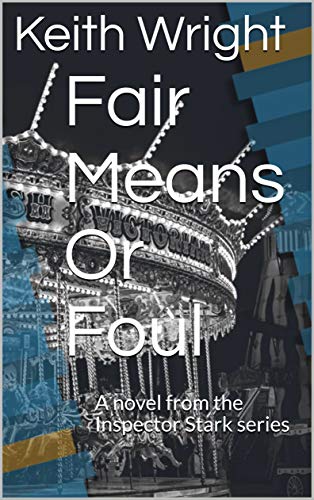 Happy Wednesday everyone! I’m thrilled to be sharing my thoughts on Keith Wright’s Fair Means Or Fouls, the fourth Inspector Stark book.

Big thanks to Sarah Hardy of Book On The Bright Side Publicity for inviting me on the blog tour and for my e-copy of Fair Means Or Foul.

The man sitting at the wheel of the car was 100 yards from his moment of destiny. He was oblivious to it, of course. Murderers don’t necessarily realise they are killers until a few seconds before it happens. Murderers are sometimes just like you and me. He would never have dreamed that such a thing might happen. Ridiculous. If anyone had told him that today was the day he would turn into a killer, he would have looked at them quizzically; questioning their sanity; instead of questioning his own.

The murder investigation into the death of a young girl at Nottingham’s Goose Fair throws up several suspects, close to home and further away. The stream of inquiries spirals into a climax, and suddenly another young life hangs in the balance.

Detective Inspector Stark and his team prepare to do anything to stop further bloodshed. They are willing to use any means necessary, whether it be fair means or foul.

In his fourth crime thriller, critically acclaimed author, Keith Wright, once again regales the stark reality of murder, derived from his hands-on experience as a CID detective sergeant working in an inner-city area.

I was a similar age to Nicholle Tanner in 1987 and if I’m honest, I was in a similar boat to her. I too was the one who went to a different secondary school to all my friends and struggled to break into the lifelong cliques built up through primary school. But I know I wouldn’t ever have been let loose at the rather dazzling Goose Fair. I went a few times with my family as a child when we lived in Nottingham but never on my lonesome. However life was very different in the 1980s to what it is now…

The fate that Nicholle faced was not one she anticipated when she flagged down that familiar face driving past Goose Fair. Meeting her maker in the hands of someone she knows must have been terrifying but as she met her demise, I banked Stark and the team doing her justice and find this evil soul.

I liked Stark, being my first investigation with him. His tenacity for the truth and to catch this child killer is admirable. I felt part of the team, the varied characters in his group of police reprobates all focused on the same goal. To arrest the killer.

Wright definitely captured the late 80s feel in his writing. The stark lack of modern technology, the cultural and social differences and the brief mention of the mighty Psycho playing for the Tricky Trees under the watchful of Old Big ‘Ead. A wholly authentic retro feel to this tense police procedural thriller.

Who Is Keith Wright? 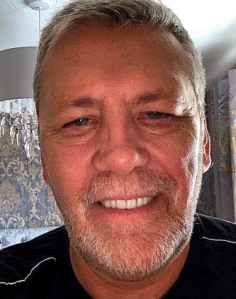 Keith Wright is the Author of the crime novels in the ‘Inspector Stark series’ available on Amazon, Kindle and Kindle Unlimited|Audiobook on Audible and iTunes.