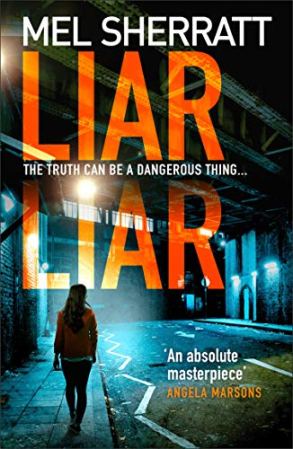 Those of you who have been following my blog will know I love a bit of crime fiction and Mel Sherratt’s books really hit the spot.  But she has a lighter side to her writing under he name of Marcie Steele and you know what, I rather like those books too. 2020 is a bookish year for Mel with at least two books being published (possibly more). The Man Across The Street came out on New Year’s Day (what a way to kick off the new decade!) and Liar Liar, the next in the Grace Allendale is out on Monday!!!

I’ve known Mel for a few years now and all the books I’ve read whether they’re Mel’s or Marcie’s I’ve loved them! Some of Mel’s books are on the February Monthly deals so grab yourself a selection!!

So Mel has very kindly take time out of her busy schedule to answer a few questions for me so you, my dear friends, can get to know her better.

What do you do different when you’re writing as Marcie to Mel?

I’m not sure I do anything different per se. It’s all about planning and the characters that appear to me, who I tell the story through. One plot is dark and the other light but everyone needs a backstory, a subplot and reasons why they are motivated to do right or wrong.

I do have to remove a LOT of crying from Mel’s police procedurals. As I love writing about emotion and exploring the aftermath of the crimes from the families points of view, everyone seems to cry at the drop of a hat in the first draft!

What are you currently reading?

I’m reading Seven Lies, Elizabeth Kay. It isn’t published until April 16 but I have a proof copy. It’s a very clever book about a woman who tells seven lies and makes matter worse with each lie – well, at least that’s what I’m assuming it’s about as I’m only a quarter way through. You also know from the beginning that someone has died. I love the main character and her motives – she gets under your skin slowly but surely.

Whose books do you instantly buy without reading the blurb?

C.L Taylor for sure, Lisa Jewell, Kirsty Greenwood and anything by Kimberley Chambers. Cally’s (C.L. Taylor) books have got better and better. Her new one out in April, Strangers, is phenomenal. The same with Lisa Jewell – The Family Upstairs was outstanding, by far her best book for me personally. I am impatiently waiting for Kirsty Greenwood’s new book which should be out soon and I have Kimberley’s Queenie by the side of my bed.

Tell us a little about what you’re working on at the moment?

As Marcie, I’m working on the next book in The Hope Street Series. It has a provisional title (that I don’t want to share yet) and a publication date of the end of July 3, 2020. I’ve planned it out and so far have written ten thousand words. For anyone who read The Man Across The Street, I’ll give you a clue. It has the word sister in the title.

As Mel, I’ve just handed my fourth Grace Allendale in to my editor, as a first draft. I think it’s scheduled for publication in November this year – book 3, Liar Liar, is out in March before that.

My editor and agent are reading it at the moment and once I’ve had feedback from them, I’ll take a few weeks to do a structural edit on it – i.e. knocking it into shape with ideas from people who have read it fresh.

I love and hate the structural edit. It’s great to see the book reshape into something better, but it’s a nightmare trying to alter it all to fit and also keep the new story in your head while you do it.

Just for a bit of fun, what would your specialist subject on Mastermind be?

Oh, gawd, I know about nothing except writing books. Oh, wait – it would have to be the ups and downs of an author… or shoes. Yes, shoes.

Who Is Mel Sherratt/Marcie Steele? 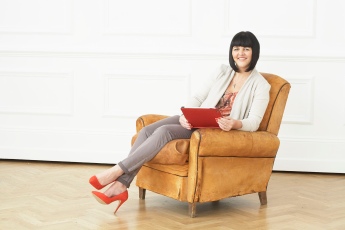 Home is where the hurt is…

Okay, I know I don’t look all dark and moody like most crime writers appear in their images but I do like to be different…

So what do I write? Actually, it’s what don’t I write. I have published thirteen novels so far: police procedurals, psychological thrillers and fiction with a punch – or grit-lit, as I call it. And then there is my pink side – writing as Marcie Steele. I have written four books in The Somerley Series.

So, all my novels will take you to the heart of the story.

Since 2012, they have become bestsellers, each one climbing into the Kindle UK top 10, with several in the top 3, and many international best sellers too.