🎉🎉 Happy Publication Day to Andy Barrett 🎉🎉 The Lock is out today and I’m thrilled to be opening the blog tour!

Big thanks to Sarah Hardy of Book on the Bright Side Publicity for inviting me on the blog tour and to Andrew Barrett for my e-copy of The Lock.

I’m Eddie Collins, a CSI. I was finishing up at a sudden death in an old house, waiting for the body snatchers to arrive, when I heard a noise from the cellar.

I had time to kill, so I went to investigate.

Turns out I wasn’t the only one with killing on his mind.

This is going to be short and sweet, just like The Lock. Here we have #nospoiler reviews and given the brevity of The Lock, my review will reflect that sentiment!

Eddie Collins…. miserable CSI, curious CSI….and everyone know what curiosity did to the cat….will the same happen to Eddie!?

What should be a normal day at the “office” turns into a day from hell. Nothing is ever simple in the world of Eddie Collins!

Barrett has injected a level of horror into his writing this time round.  I grimaced at parts, shuddering as I read. Thankfully I didn’t have any nightmares from what I’d read. Barrett still has his witty comments from the mind of our protagonist, despite the predicament he’s left him in.

This is a short read that I think will take readers by surprise. It’s jam-packed with suspense and surprises. A perfect read for a cold winter’s evening!

Who Is Andrew Barrett? 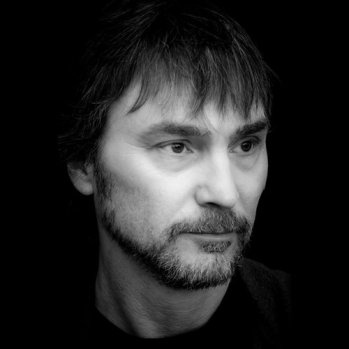 Andrew Barrett has enjoyed variety in his professional life, from engine-builder to farmer, from Oilfield Service Technician in Kuwait, to his current role of Senior CSI in Yorkshire. He’s been a CSI since 1996, and has worked on all scene types from terrorism to murder, suicide to rape, drugs manufacture to bomb scenes. One way or another, Andrew’s life revolves around crime.

Today, Andrew is still producing high-quality, authentic crime thrillers with a forensic flavour that attract attention from readers worldwide. He’s also attracted attention from the Yorkshire media, having been featured in the Yorkshire Post, and twice interviewed on BBC Radio Leeds.

He’s best known for his lead character, CSI Eddie Collins, and the acerbic way in which he roots out criminals and administers justice. Eddie’s series is four books and two short stories in length, and there’s still more to come.

Andrew is a proud Yorkshireman and sets all of his novels there, using his home city of Leeds as another major, and complementary, character in each of the stories. You can find out more about him and his writing at www.andrew-barrett.co.uk