Wooo Hooooooo it’s Christmas weekend!!!!!!!!!!!!!!!!! Can you tell I’m excited? The out of office is on, presents are slowly being wrapped and this my dear dear friends is my last blog tour post (and penultimate post) for 2018!! And what a Christmas Cracker it is.  Those lovely people at Bloodhound Books have been giving away one e-book from their collection everyday in December along with two more at a bargain 99p! To celebrate this unique advent calendar of sorts, there’s been a special blog tour showcasing one of the books on offer that day and today is my day! So, Chris Thomas’ The Edge of Sanity is on offer and I’m re-sharing my review from earlier this year.

In a derelict squat, the Smart Man watches as the new narcotic developed by his shadowy organisation wreaks havoc on it unsuspecting victims. The drug is now ready for sale on their exclusive dark net market place.

Elsewhere, DCI Robert Smith, the retired head of the Cyber Crimes Unit, seeks out crime boss Curtis Slater at his remote farm. He offers to provide Slater with information in exchange for money. But what information is he offering?

Meanwhile, former detective Pete Harris had started a new life, away from the Cyber Crimes Unit, with his daughter and begins to rekindle his relationship with old colleague Grace Brooks.

With his life seemingly complete, Pete’s world comes crashing down as he is drawn into Slater’s game with fatal consequences. He must join forces with his old enemies in a race against time. But can Pete save his daughter and Grace from the clutches of Slater, the Smart Man, and the sinister ring master, the Professor?

The Brotherhood of the Righteous is back!!! But not as you know it! If you’ve not read Enter The Dark, I highly recommend it but you can read The Edge Of Sanity as a stand alone as Mr Thomas feeds you enough through the book to catch up.

This novel kicks off with a couple of shocking chapters which set the scene for the rest of the book. The drug the Smart Man is testing has extreme effects right from the start and as the Professor varies the tests on his “pigs” the effects change in a scary way. It’s surprising how life imitates art as only a few days after I finished The Edge of Sanity, I read a couple of articles on Sky News (other news outlets are available) about this new drug called Monkey Dust which bizarrely mirrors Brainfood!

Despite being a creepy character, I loved the Professor talking in rhyme like the oompah lompahs in the Roald Dahl classic.  He’s quite a psychotic character….all the chemical fumes he inhales can’t be good for him! He’s the sort of man that I’d step away from slowly before legging it once out of sight.

I loved Olivia. She is one sassy 11 year old. I love her music taste (even if it’s heavily influenced by her dad) and her gaming opinion is echoes what my geeky husband says! Mr Thomas put this young lady though a lot during the course of the story and I’d dread to think how it would affect her long term!

Slater is a dangerous man. He’s got a high opinion of himself and throws his weigh around. Will this be his downfall?! I didn’t like him from the start and my opinion don’t waiver at all.

Yet again Chris Thomas has written a hard hitting crime thriller. I thought Enter The Dark was brutal and would be a hard act to follow but The Edge of Sanity has lived up to expectations and is equally brutal in its delivery. 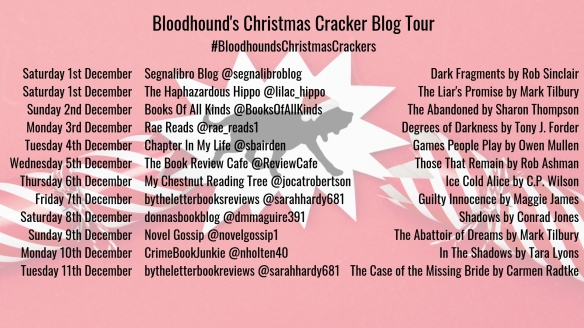 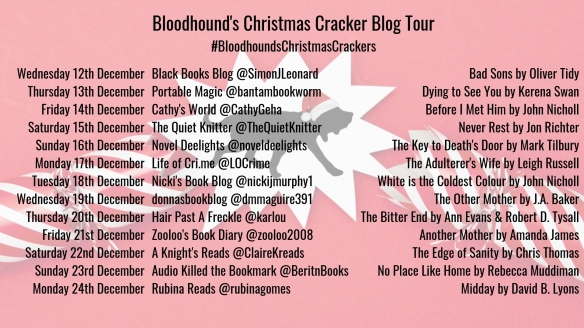 Who Is Chris Thomas?

Chris Thomas was born near London in 1978 before moving to Buckinghamshire a few months later. He attended the University of Bristol, graduating with a degree in psychology in 1999. It was here that he developed his interest in criminal psychology and serial killers.

After a brief stint working at an investment bank in London, he left the City to work for his wife’s family business, a position he still holds.

Chris is an avid film fan, especially horror, thrillers and dark comedy- something that he tries to blend in his writing. He self-published his debut novel The Red Room in February 2017 before joining the Bloodhound Books stable and re-releasing the book as Enter The Dark.

The follow up, The Edge of Sanity, was released by Bloodhound Books in August 2018.

In his spare time, Chris enjoys karate (holding a black belt) and spending time with his wife and two young daughters.

You can keep up with Chris on the following social media options!